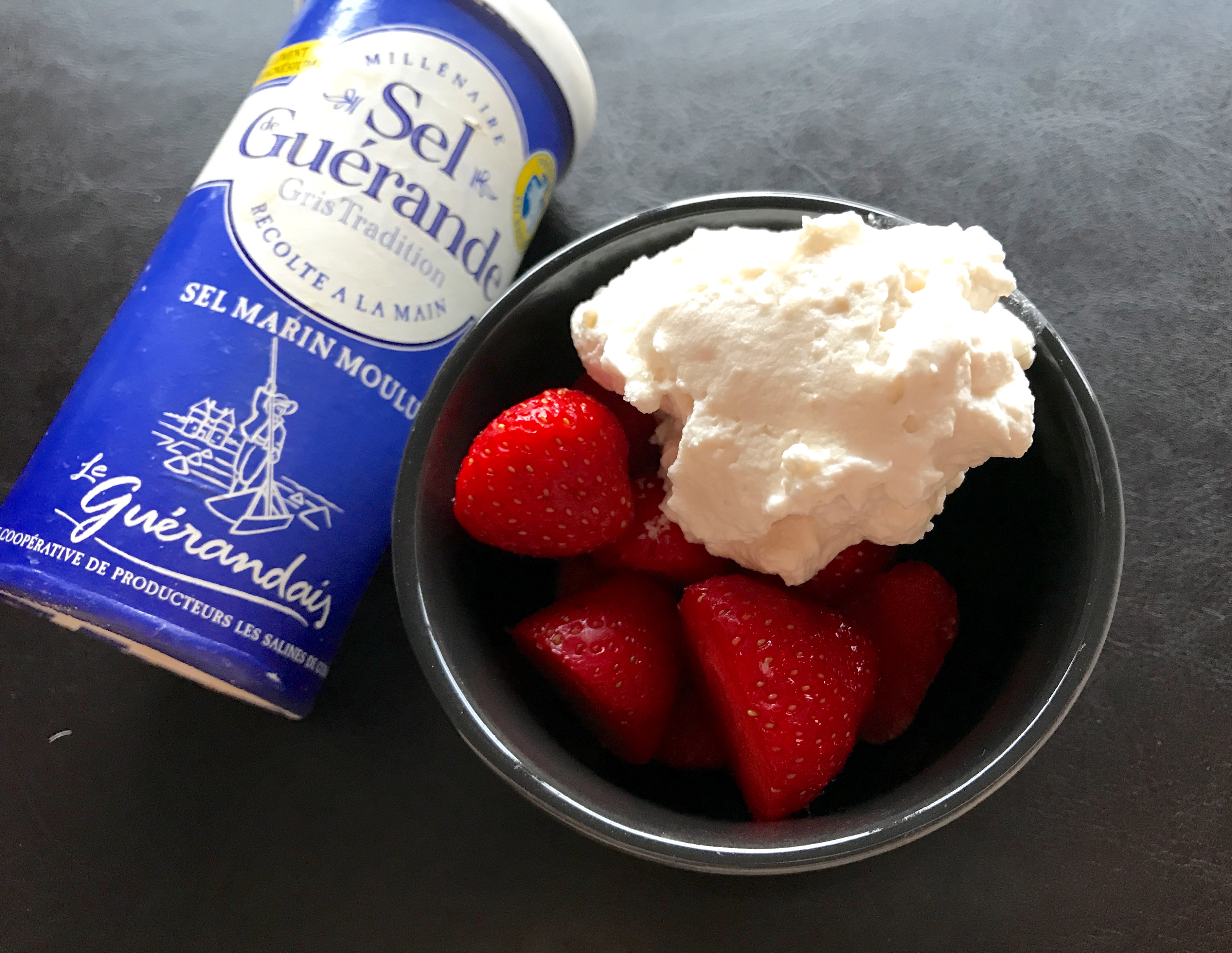 This stupid-easy dessert was originally inspired by a Dunkin Donuts drink, of all things. More specifically, it was the sweet-and-salty whipped cream topping on that drink that gave me the idea to make this.

I wish sometimes that I was one of those people who gets really into summer entertaining and recipe creation, but the honest truth, is that city living and an always-changing schedule don’t make for a lot of backyard BBQs. First off, um, what back yard? Then there’s the fact of tiny kitchens.

I don’t know if anyone else has this problem, but come August, I’m just, like, “Fuck it—it’s too hot for recipes.” Or I use up all my recipe mojo on client projects and then in my own life, it’s, like, “I can’t even—let’s have salad for dinner. Again.”

It started early for me this year. After saying I’d bring a dish to a friend’s BBQ back in, like, June, I had a major recipe fail the morning of. When I texted him to say I’d be late, he was, like, ‘”Just come.” So I did, and the snacks I picked up on the way were a hit even though they hadn’t been made with (my) love.  It was a good reminder that effortless can be just fine—if not better.

That said, sometimes you want to share something homemade. The good news is that homemade can be pretty damn effortless too. This whipped cream is the perfect topping for delicious summer berries  or even frozen berries (try frozen blueberries—it’s fabulous)  when you want a fuss-free dessert that’s simple but just a little bit on the indulgent side. I hope you dig this as much as I do.

Do you like sweet and salty flavors together? What’s your favorite summer dessert?